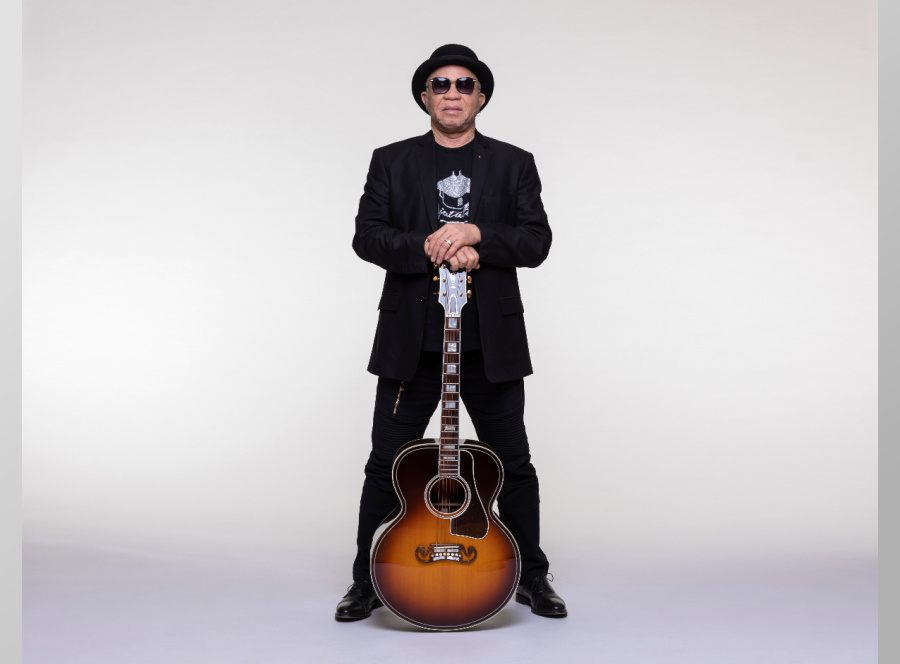 Blue Note Napa presents world class entertainment outside at the Charles Krug Winery located in St. Helena, CA. This is a beautiful outdoor location on the grounds of Napa Valley’s Oldest Wine Estate.
Hosted and Seated General Admission Only 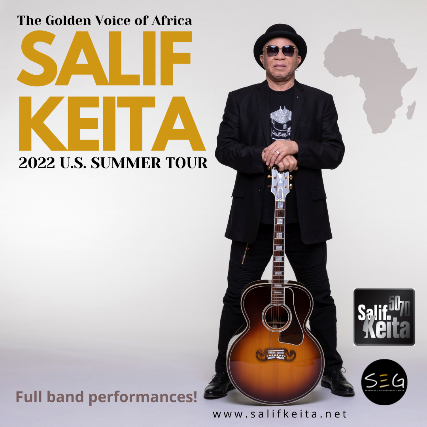 Rail  Band  of  the  Train  Station  Hotel,  Ambassadeurs  of  the  Motel  of  Bamako,  Ambassadeurs Internationaux, and lately, Les Ambassadeurs Internationaux: so many bands that enabled Salif Keita to ascend the steep steps to world fame. Not only do their names suggest a quest, a thirst for mobility and travel, they translate also his burning desire, as a person with albinism, the white man with the deep soul of Black Africa, to escape from a society that was denying him his full rights as a human being. Paradoxically, the names of these  bands  also  express  Salif  Keita’s  uncompromising  pride  of  belonging  to  Mali  and  Manden,  the  legendary  land  of  his  birth,  whose  captivating  Humanism  he  has  been championing around the world for several decades now.
But how can one speak about Salif Keita the poet without borrowing his own words? From a Parisian recording studio in 1986, he loudly proclaimed: “Sina, O Sina, i den to tò le jamanakè do”/ Sina, O, Sina, your son is lost far away from home.” Five years later, not only this son of Sina the Master hunter and sweet Nassira Keita had not lost his way, he only had reassuring  words  for  his  Spiritual  Teacher:  “O,  Karamoko,  taama  diyara”/  “O,  Master,  my  wanderings have borne fruits.”
Having left at a very young age his native Djoliba in the late sixties, first village chosen to be rebuilt by the American US AID right after Mali’s independence, the traveling bird of Mandé  has  gone  around  the  world,  safely  perching,  as  he  said,  on  one  tall  tree,  that  of  Knowledge, Lony, where the rocks thrown by mean people could not reach him.
And 40 years after his delightful and ageless Mandjou (1978), let’s recall some of the many jewels this master-­‐wordsmith, the Malian King Midas, has chiseled for us: Soro (1987), Amen (1991), Folon (1995), Papa (1998), Moffou (2002), La Différence (2009) et Talé (2012). And  so  many  memorable  collaborations:  Joe  Zawinul,  Steve  Hillage,  Jean-­‐Philippe  Rykiel,  Carlos Santana, Cesaria Evora, Wayne Shorter, Ibrahim Maalouf, Vernon Reid/Living Colour, Philippe  Cohen  Solal,  and  of  course,  Esperanza  Spalding.  Let’s  not  forget  his  many  hits  remixed and popularized even further by world-­‐renowned DJs such as Funk Mob, Frédéric Galliano, Martin Solveig and Luciano
And along the way, Salif has bagged countless awards, national distinctions and prizes over  his  decades  of  touring  the  world,  establishing  his  reputation  as  the  Golden  Voice  of  Africa, the Patriarch and the undisputed Ambassador of African music.
Here we are. Forty years later and another milestone, Un Autre Blanc, the new album that Salif Keita has announced as his last. Ready to celebrate 50 years of a stellar career in music and soon to be seventy, and perhaps as a way of winding down, Salif Keita wishes to spread out his mat under the mango trees of the banks of the Niger river, to indulge in his favorite game of draughts. A well-­‐deserved rest, to be sure, for the
Prodigy(N’an kama) of Djoliba but should we really believe that this beautiful album will be the last word of a most prolific poet, whose luminous voice has carried hope, even as far as the cells of Robben Island?
This album of 10 brand-­‐new tracks continues Salif’s advocacy for the human rights of people with Albinism, a fight his Foundation for Albinism pledges to intensify, especially since the UN has declared June 13 the International Albinism Awareness Day. Salif is protesting the continued abduction and killing of albinos in a number of African countries for purposes of witchcraft and financial profit. He decries the fact that local witch doctors often purposefully spread  and  perpetuate  misconceptions  and  superstitions  for  personal  gain,  and  in  some  cases, family members of these innocent victims being complicit in these crimes.
READ MORE +
We use cookies on our website to give you the most relevant experience by remembering your preferences and repeat visits. By clicking “Accept”, you consent to the use of ALL the cookies.
Cookie settingsACCEPT
Privacy & Cookies Policy