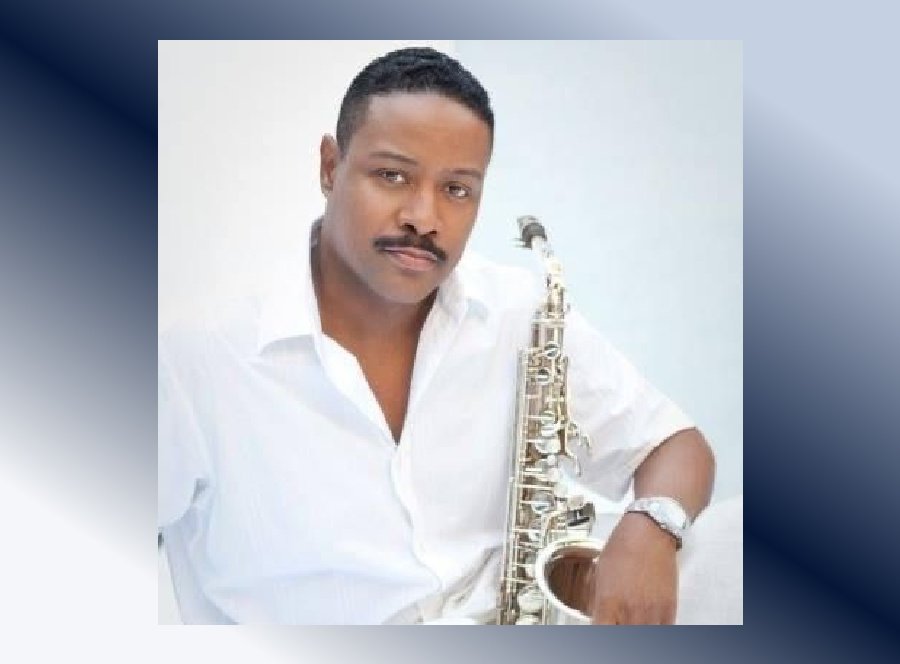 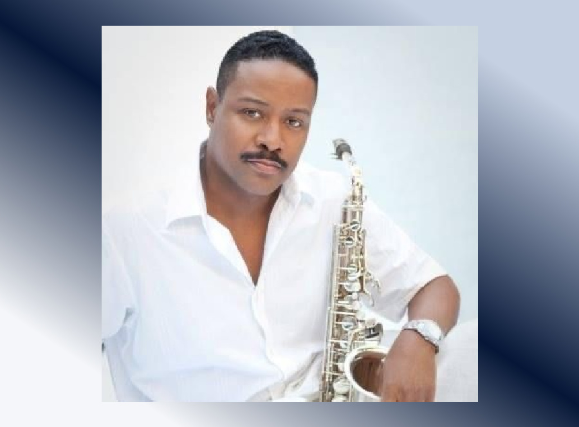 Kim Waters is a multi-faceted jazz talent whose artistry ranges across the full-spectrum of contemporary jazz as a superior saxophonist, composer and producer who has scored more than a dozen #1 radio hits, sold over a million albums and at the same time has pushed the boundaries of his genre. Though grounded in the timeless values of “straight ahead” jazz, Kim has been a key pioneer in melding jazz with R & B balladry into an urban jazz style that has become a staple of the atmospheric melodicism of the “Quiet Storm” radio format. With the rise of hip-hop into the mainstream, Kim has also demonstrated an ability to inject jazz into hip hop and dance music with his best-selling Streetwize and Da’ Hot Club productions. And, as a key member of the contemporary jazz group The Sax Pack, Kim has helped bring back entertainment and showmanship to a genre that has at time become detached from its audience. Yet a typical Kim Waters concert will feature a generous quotient of inventive soloing—the essence of jazz tradition. But whether performing live or on a recording, Kim displays a rare talent for creating and playing irresistible melodies.

Kim Waters was born in Havre-de-Grace, Maryland, in the Baltimore area, into a musical family. A precocious talent, he began studying violin at the age of eight. “That didn’t go over well with the fellas,” Kim notes ruefully. He found his musical calling when he began playing alto and soprano saxophones at age eleven. Soon he was playing in a band with his brothers James (who still plays bass in Kim’s band) and Eric, an excellent drummer,  as well as his old friend, the pianist Cyrus Chestnut, who went on to acclaim as a solo artist. The group toured the East Coast and Midwest successfully for several years.  As a teenager, Kim acquired a thorough grounding in jazz, influenced by such greats as Cannonball Adderly, John Coltrane, Charlie Parker and Oliver Nelson.  “I got videos of the legends when I was a kid,” Kim explains, “and I would watch and listen for the ways they would hit certain notes.”  But his listening was wide, encompassing not only R & B but the evolving style of contemporary jazz, as he was inspired by such artists as George Duke, Grover Washington, Jr., and David Sanborn. Nevertheless Kim evolved his own sound, an immediately identifiable sweet, lyrical yet robust sound that was the perfect vehicle for his innate melodic sense. At the heart of his sound is emotion. Early on, Kim learned he could modulate the mood of a song simply by switching from the tender eloquence of the soprano to the edgier strains of the alto. “From the beginning,” Kim says, “I always started writing songs at the piano and let them sort of dictate which horn I would use based on the emotion I was trying to reach.”

In 1989 Kim launched his solo recording career with the release of his first album, “Sweet And Saxy.”  It was notable for its integration of R & B with jazz and was one of the rare jazz recordings to receive significant R & B radio play, hitting the R & B charts as a result. Several best-selling albums followed as Kim helped establish a new R & B-inflected contemporary jazz style, recording mostly his own compositions along with the occasional interpretation of an outside song. In addition, Kim became a sought-after performer, performing with or opening shows for such greats as Al Green, Isaac Hayes, Phyllis Hyman, Teddy Riley and Guy.  His live and album successes have made Kim a legitimate concert and jazz club headliner and an in demand performer at major festivals at home and abroad.  His live performances take his music to another dimension, as he stretches out and explores all the possibilities of his compositions in bravura, high-energy style, often surprising those who only know his radio hits. “I love playing live shows,” Kim says. “I really get a chance to stretch out musically and to take the music in new directions. It is also a thrill to connect with my fans and feed off their energy.”

Kim’s string of radio hits continued into the new millennium, scoring several #1 hits at Smooth Jazz radio, including such classics as “Waterfall”, “Easy Going”, and more. He also recorded a tribute album to the late, great Marvin Gaye, “I Want You: In The Spirit Of Marvin Gaye”, which featured a number of Kim’s own compositions as well as interpretations of Marvin Gaye’s hits. More significantly, his work became even more multi-faceted as he produced such artists as the great vocalist Phil Perry and created the Streetwize and Da’ Hot Club concepts, which featured instrumental versions of recent hip hop and R & B hits, highlighted by jazz soloing. It is a fusion many have attempted but few have made work as successfully as Kim. “Rock The Boat” from the initial “Streetwize” album hit the urban ac radio Top Thirty and the album became a best-seller. He also incorporated house music rhythms into some of his recordings. Kim composed and produced tracks for other contemporary jazz artists such as fellow saxophonist Walter Beasley.

Aside from his many musical accomplishments, Kim has been a devoted family man who is immensely proud of his two daughters, Kayla and Kimberly, who have inherited his musical talent. A former stand-out athlete, he is a “people person” who draws people in naturally with low-key, classy charm and model-quality good looks. All of this influences his music.

“The most rewarding thing is to be able to contribute something of value to the world which affects people positively and makes them happy,” Kim asserts. “And music has that ability like nothing else.”
READ MORE +
We use cookies on our website to give you the most relevant experience by remembering your preferences and repeat visits. By clicking “Accept”, you consent to the use of ALL the cookies.
Cookie settingsACCEPT
Privacy & Cookies Policy