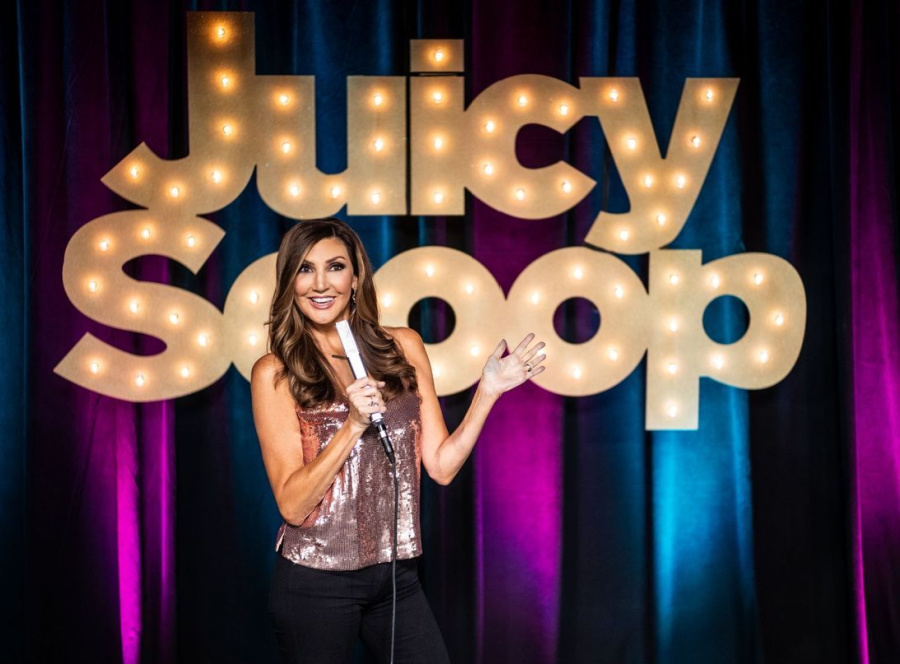 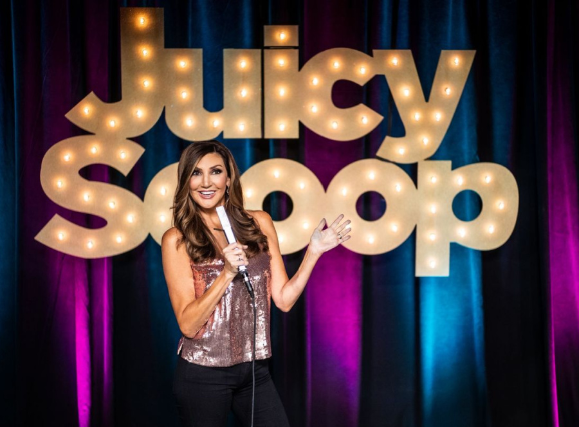 Heather McDonald’s latest stand-up Special, JUICY SCOOP, recently premiered on Amazon Prime Video and racked up an unheard of 1,200 5 star reviews in its first 2 weeks of being available. It continues to grow and make people laugh daily. Her debut stand up special I DON’T MEAN TO BRAG originally premiered on Showtime and then was later acquired by NETFLIX. She is a headlining comedian who has consecutively sold out shows at clubs and theatres throughout the country.
Her relatability is celebrated in her stand up comedy act, podcast, and all of her creative content. She is always sharing honestly about her 20 year long marriage, 2 teenage sons, and being a stepmother, all while making girl’s nights out her main priority in life.
Heather’s celebrity impressions and Barbie reenactments of tv shows on her multiple social media platforms have gone viral and continue to bring joy to the world.
Her wildly successful, comedy and pop culture podcast, Juicy Scoop with Heather McDonald, is in its fifth year, and is coming up on it’s 500th episode with 60 MILLION downloads. The show has over 15,000 5 Star Reviews on iTunes and is ranked in the top 10 Comedy Interview charts. Her loyal listeners are drawn to her unique ability to always get the juiciest scoop from her celebrity guests, while laughing out loud in public with their AirPods in.
Heather is regularly featured on WENDY WILLIAMS talk show, giving her opinion on the hottest topics to Wendy. She is most recognized from E!’s top rated show CHELSEA LATELY where she wrote, produced, and appeared for its entire 7 year run. She also starred in AFTER LATELY, a mockumentary series on E! for its 3 successful seasons. Heather was also a contributing writer who had a featured role in major motion films “White Chicks”and “Dance Flicks” by The Wayans Brothers.
She was the host of TLC’s All About Sex and Hollywood Today Live. She is regularly featured on HLN, Nightline, CNN, 25 Words or Less, Punchline, RuPaul’s Drag Race, The Tonight Show, Keeping Up With the Kardashians and too many more to list.
Heather’s two New York Times Bestselling memoirs are titled YOU’LL NEVER BLUE BALL IN THIS TOWN AGAIN and MY INAPPROPRIATE LIFE.
READ MORE +
We use cookies on our website to give you the most relevant experience by remembering your preferences and repeat visits. By clicking “Accept”, you consent to the use of ALL the cookies.
Cookie settingsACCEPT
Privacy & Cookies Policy