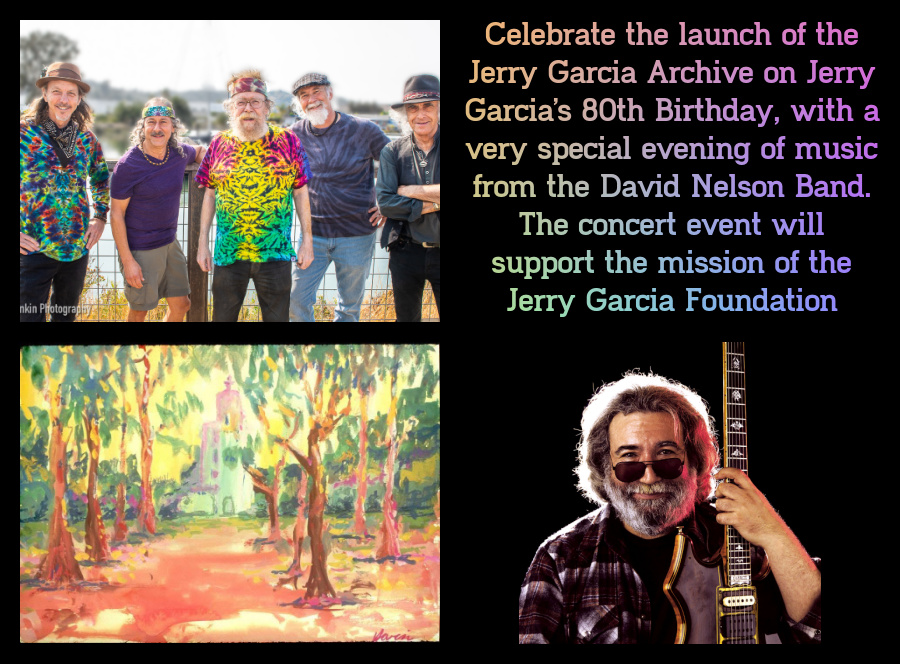 The Official Jerry Garcia Archive is an online resource devoted to providing a digital library of historical information about the beloved virtuoso. The collectively assembled archive, managed by Starchive, will serve as a vehicle of education for the greater community by preserving Jerry Garcia’s prodigious artistic contributions for future generations.

BLUE NOTE NAPA is located on the 1st floor of the Historic Napa Valley Opera House. We are an intimate live music club and restaurant where you may enjoy performances of world renowned and local Bay Area artists alike. We offer a dinner menu with a wine and cocktail list . Ages 8+

Booth for 4: Requires mininum of 4 seats to be purchased. Price is per person. Seating is first come, first seated. Not available as singles or pairs. You will be seated when you arrive.

Booth for 5 or 6: Requires 5 or 6 seats to be purchased. Price is per person. Seating is first come, first seated. Not available as singles or pairs. You will be seated when you arrive. 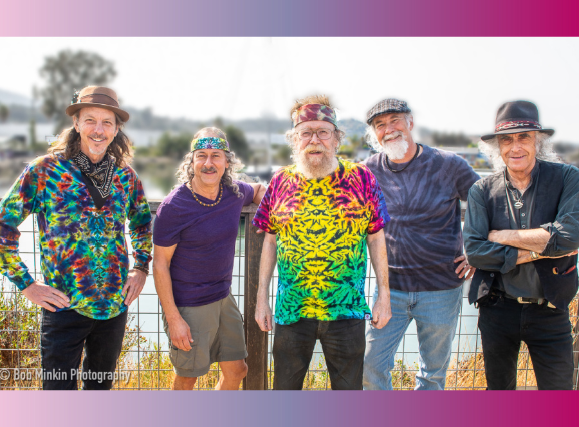 The David Nelson Band has been recording and performing around the country since 1994. Their broad musical palette spans the Almost Acoustic style that Nelson played with Jerry Garcia, through roots rock n’ roll, and psychedelic country-rock. The DNB perform David's compositions (and co-written with Grateful Dead lyricist Robert Hunter), select covers, and several Grateful Dead classics upon which Nelson appeared on the original album releases.

These stylistic elements, combined with plenty of spontaneous free form improvisation, create a sound that is uniquely David Nelson Band. Though the original songs are mostly written by Nelson, the development of all the material is a fully collaborative effort.

These days the DNB only tour select areas a few times a year, as the individual band members are in high demand with other successful touring acts. Their loyal and enthusiastic fans relish these special times to reunite at Nelson family gatherings. DNB shows are a joyous reunion for all - a communal gathering where regulars and newcomers all feel part of an extended family. Each show, being unique and exploratory in nature, is a magical adventure for band and audience alike.

David Nelson (guitar/vocals ) Founding members of the New Riders of the Purple Sage and longtime musical partner Jerry Garcia's, dating back to 1962 in the pre - Grateful Dead bluegrass band , The Wildwood Boys . Nelson  was a member of the Jerry Garcia Acoustic Band (and appears on their 1988 album release “Almost Acoustic ” and 2010 ’s “Ragged But Right”) and performed on three Grateful Dead albums - “Aoxooxoa ”, “Workingman’s Dead ” &“American Beauty ” - playing the iconic electric guitar solo on ‘Box of Rain ’. Nelson has also performed as a member of Phil Lesh and Friends..

Barry Sless - (lead guitar/pedal steel) Currently tours with Bobby Weir and The Wolf Brothers and  Moonalice . He has been a frequent member o f Phil Lesh and Friends touring and local lineups since 2004 . He ’s toured with Chris Robinson ’s Green Leaf Rustlers (and appears on their 2020 album release , From Within Marin), Kingfish , Cowboy Jazz , the Rowan Brothers , and Great American Taxi. Barry’s pedal steel can be heard on selected tracks from Chris Robinson Brotherhood albums’ “Any Way You Love , We Know How You Feel”, “If You Lived Here, You Would Be Home By Now ", and “Barefoot In The Head ”. Barry is a founding member of the David Nelson Band .

Mookie Siegel (keyboards/vocals ) Has been a member of and toured with Bob Weir’s Ratdog, Phil Lesh and Friends, Kingfish, Donna Jean and the Tricksters, Steve Kimock Band and Jerry Joseph and the Jackmormons. Mookie is an original member of DNB.

Pete Sears (bass/vocals ) Was the bassist and keyboard player for the original Jefferson Starship from 1974 - 1987, keyboardist for Hot Tuna from 1992 to 2001 and currently performs with Moonalice and Zero. He's a member of Chris Robinson ’s GreenLeaf Rustlers , has played with Phil Lesh and Friends and appears on their 1999 release, ‘Love Will See You Thru’. Pete began his career in England in 1964 and has performed with many artists including Jerry Garcia, John Cipollina, and appears on Rod Stewart’s classic early British albums. Pete joined the David Nelson Band in 2005 .

John Molo (drums) Was part of most Phil Lesh and Friends lineups from 1999 - 2009. When the Grateful Dead formed (after Jerry Garcia’s passing) as The Other Ones in 1998, John was a member. He has won a Grammy award for his work as a member of Bruce Hornsby and the Range , who he performed with from 1986 – 1999. He has also toured with Creedence Clearwater Revival founder John Fogerty and currently tours with Moonalice. John joined the David Nelson Band in 2007.