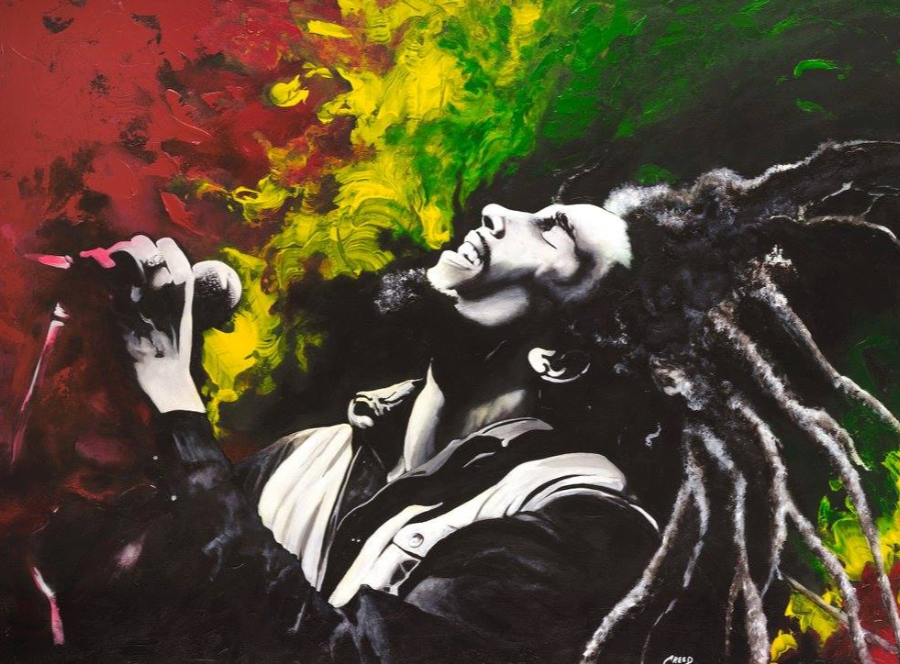 JaM Cellars Ballroom is UPSTAIRS in the historic Napa Valley Opera House in Downtown Napa
Come join us for a celebration of Bob Marley's music in honor of Bob Marley’s  75th birthday!  It promises to be a jammin’  night celebrating with Sol Horizon ft. Tuff Lion, I-taweh, and Native Elements.
Robert Nesta Marley was born on the 6th February 1945, every year in February; Reggae fans all over the world celebrate The King of Reggae Music's birthday as a reminder of his message for Love, Peace and Social Justice which has uplifted so many people around the world.
Tentative Schedule for this event:
Doors 7:30 pm
Show 8:30 pm
Native Elements  8:30 -9:15 pm
I-taweh 8 pm 9:30 -10:30 pm
Sol Horizon 10:45 pm – 12 am

Each person does require a ticket for entry.

No Refunds. No professional cameras or outside food and drink.

Due to the historic nature of the Ballroom, there are no bathrooms located upstairs. Facilities are located downstairs through the Blue Note Club and are accessible via stairs or the elevator.

Ear Plugs are available for free at the Box Office.

If you have a specific concern or accessibility request for an upcoming event, please contact our Box Office in advance so we may best accommodate your needs.

Thank you, and we look forward to seeing you at the JaM Cellars Ballroom! 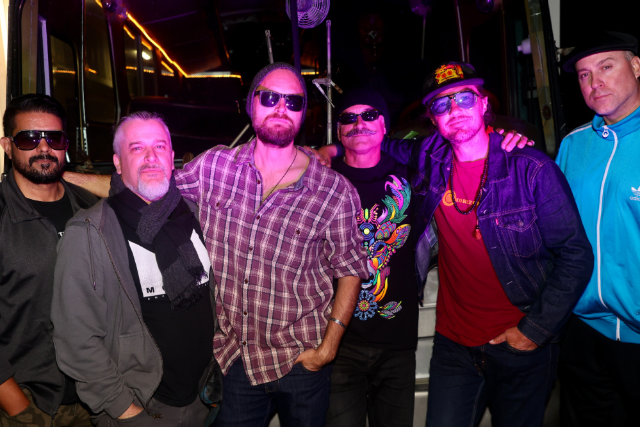 Twice voted “Best Reggae Band” in the North Bay Area, Sol Horizon is an original California 7-piece that seamlessly fuses reggae with funk, rock, hip hop and world beats. Renowned for energetic live performances and powerful lyrical content centering on themes of peace, community, sustainability and the re-vitalizing power of nature, the band moves feet and inspires minds, creating a positive musical experience that continues to attract fans from across the globe.

Anchored by former members of Groundation and Les Claypool's Frog Brigade, Sol has shared the stage with legendary acts like Ziggy Marley, Steel Pulse, Anthony B, The Wailers, Morgan Heritage, Collie Buddz, Don Carlos, and Eek-a-mouse (to name a few) in both concert halls and festival stages across the USA. After touring in support, they collaborated with British Roots Reggae star Pato Banton on the recording of their second album "Party Revolution," which featured Pato on the title track. In 2017, under the production and direction of Grammy winning engineer Isha Erskine, the band released their 4th album "Under the Sun," soon to be released nationwide. 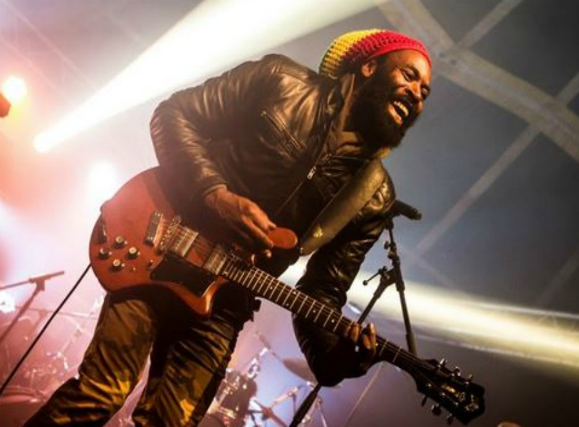 Donavan I-taweh Cunningham was born in the hills of St. Ann, the same parish in Jamaica where the great Marcus Garvey, Burning Spear and Bob Marley all rise from. Like most successful artists, he comes from humble beginnings. Raised in the farming community of Prickly Pole, just a few miles from the home where Bob Marley grew in Nine Mile, he spent most of his childhood farming alongside his father and four siblings. As a young child he played music on handmade instruments crafted together from bamboo and sardine tins.  Realizing her brother’s love for music, his sister with combined efforts from their mother, saved her money to buy him his first guitar. For high school he moved from the country to St. Ann’s Bay, where he lived on the same street as Burning Spear, and enlisted in the Ocho Rios High School band. They came second in the All Schools Competition in Kingston, giving him the confidence to move to the city to pursue music.

It was the move to Kingston in 1992 that jump-started his musical career. Living between the communities of Mall Road, Grants Pen, Portmore, Rockfort, and Duhaney Park, I-taweh found comfort in the ghetto at the Community Center of the Mystic Revelation of Rastafari.  This was extremely influential for his music and his mission, where he was amongst some of the greatest musicians in the industry including, Dizzy Johnny Moore, Earl Chinna Smith, Nambo Robinson, and Bongo Herman.  During this time he was rarely seen without his guitar, and was given the nickname Danny Gitz.  Along with the name, his skill and reputation as a musician began to grow, and the legendary Sugar Minott took him under his wing as his guitarist and harmony singer.  I-taweh toured with Sugar until he passed in 2010.
In 1998, I-taweh became the youngest member of The Mystic Revelation of Rastafari, Jamaica’s most influential Nyahbingi and cultural group. With Brother Sam Clayton as the leader, they toured Europe extensively until 2007 presenting traditional Jamaican music and educational workshops. While in France, he collaborated with reggae group Broussai, which led to recording sessions for tracks that he later used on his first album Overload.

Not only was I-taweh in demand for live performances, his incredible versatility and precision on guitar, vocals, and bass also kept him in high demand in the studio.  As the guitarist for Everton Blender’s, Blend Dem Band, he traveled to the U.S.A. where he went on to be the bassist for the Yellow Wall Dub Squad. He quickly gained popularity opening for artists such as Sister Carol, Prezident Brown, the Abyssinians, Half Pint, the Mighty Diamonds, the Melodians and many more.

In 2009, after seventeen years of being a supporting musician, I-taweh took a hiatus from the road and in 2011 he began his own singing career. He independently composed, produced and launched his debut album Overload in Jamaica, and released it under his label Tap Nat Muzik.  Selections from the album and the Overload single have received significant airplay on stations in Jamaica and became a 2011-2012 hits, reaching #1 on the Hot 102 FM chart. In the U.S. the Overload album has been very well received at traditional reggae radio, college and syndicated programs, and was selected as part of the Direct TV cable network's menu of reggae material for regular rotation.  Overload has become popular with people of all ages, and continues to be a cultural anthem for the struggle for liberation.

I-taweh released his second album, Judgement, in Kingston, Jamaica in February 2017. The single Never Fade Away, and the album charted on Jamaica’s Top 10 reggae charts.
Following the album release, I-taweh was one of seven international reggae acts chosen to showcase their talent at one of the largest music industry conventions in the world, the South By Southwest (SXSW) music conference in Austin, Texas.  He was invited to perform at the historical Nelson Family’s Arlyn Studio, for an intimate Tribute to the Legends, where he shared the stage with the legendary Billie Joe Shaver, and Marcia Ball.

I-taweh took his solo acoustic act to Europe and the UK in the fall of 2017 where he captivated audiences with his moving lyrics, confident stage presence, and phenomenal talent. His unique and original sound comes from his Jamaican roots influence combined with inspirations from his travels abroad. His music is diverse and reflects his passion for human rights and social justice. Whether performing acoustic, or with his full band, he wins the hearts of his listeners everywhere and continuously leaves his audience wanting more.

I-taweh has released several singles from his upcoming album RELOAD which is set to release September 20th 2019 through Zojak Worldwide.  No Mediocre Vibe was released in June 2018 and took #1 on Jamaica’s Top Reggae Singles and remained on the charts for several months.  Danger Zone, a tribute single in honor of one of his Elder, Brother Sam Clayton from the Mystic Revelation of Rastafari, was released in October 2018. Another great single from his upcoming album, Rolling Stone, was released in November 2018, and the Reload single was released in March of 2019.  The four singles have been on heavy rotation with Irie FM, and other major radio stations in Jamaica and two have reached the top 25 reggae singles chart by Richie B.  Sunshine In My Eyes is the latest single released in June 2019, and I-taweh will be releasing one more single, Not Just In Memories, before the album release on January 3rd 2020 through Zojak Worldwide.  A recent album review, by John Masouri, for UK’s Echoes Magazine, gave the Reload album a five star review and featured Reload as Reggae Album of the Month for June 2019.
READ MORE + 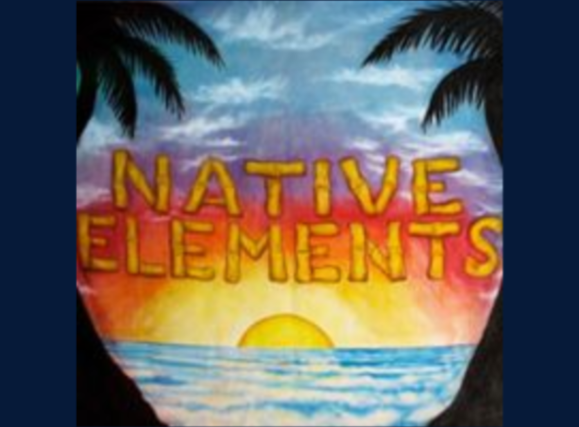 San Francisco powerhouse, Native Elements has been keeping the energetic, feel-good reggae tradition alive in the Bay Area for over 18 years. Comprised of 10 seasoned musicians with decades of experience in rock, metal, blues, jazz, r&b and hip hop, this eclectic and fearless crew meld their unique influences into a contemporary melodic horn-driven party. Fans are treated with improvisational peaks and valleys from blazing guitar to soulful saxophone solos. Having grown up together since elementary school (jamming in garage bands and skateboarding) in and around Daly City, South City and San Francisco the Native Elements bring a uniquely warm experience to the stage that is both entertaining and uplifting.
READ MORE +