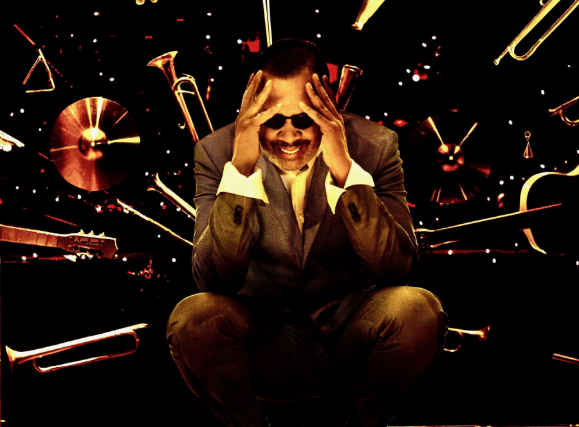 Four-time GRAMMY® Award winner Stanley Clarke is undoubtedly one of the most celebrated acoustic and electric bass players in the world. What’s more, he is equally gifted as a recording artist, performer, composer, conductor, arranger, producer and film score composer. A true pioneer in jazz and jazz-fusion, Clarke is particularly known for his ferocious bass dexterity and consummate musicality. Unquestionably, he has attained “living legend” status during his over 40-year career as a bass virtuoso.

Clarke’s creativity has been recognized and rewarded in every way imaginable: gold and platinum records, GRAMMY® Awards, Emmy nominations, virtually every readers and critic’s poll in existence, and more. He was Rolling Stone’s very first Jazzman of the Year and bassist winner of Playboy’s Music Award for ten straight years. Clarke was honored with Bass Player Magazine’s Lifetime Achievement Award and is a member of Guitar Player Magazine’s “Gallery of Greats.” In 2004 he was featured in Los Angeles Magazine as one of the Top 50 Most Influential People. He was honored with the key to the city of Philadelphia; a Doctorate from Philadelphia’s University of the Arts and put his hands in cement as a 1999 inductee into Hollywood’s “Rock Walk.” In 2011 he was honored with the highly prestigious Miles Davis Award at the Montreal Jazz Festival for his entire body of work. Clarke has won Downbeat Magazine’s Reader’s and Critics Poll for Best Electric Bass Player for many years. In September 2016 he became a part of the permanent collection displayed at the Smithsonian’s new National Museum of African American History and Culture (NMAAHC) in Washington DC.

Clarke has 13 GRAMMY® Awards nominations. He has won four times. In 2011 he won a GRAMMY® Award for Best Contemporary Jazz Album, The Stanley Clarke Band, with Ruslan Sirota and Ronald Bruner, Jr., featuring pianist Hiromi. He was also nominated for the “No Mystery” cut as Best Pop Instrumental Performance. The same year Clarke won a Latin GRAMMY®  for Best Instrumental Album with Return to Forever’s Forever, along with group members Chick Corea and Lenny White. Forever went on to win him the 2012 GRAMMY®  award for Best Instrumental Album. His last album, The Stanley Clarke Band: UP, garnished him a 2015 GRAMMY®  Award nomination for Best Jazz Arrangement Instrumental or A Cappella for the song “Last Train to Sanity” and an NAACP Image Award nomination for Best Jazz Album.

Clarke’s eagerly awaited new CD, The Message, will be released on Mack Avenue Records May/June 2018. Clarke considers the new album “funky, melodic, musical, contemporary and fresh with a rich multi-genre influence.” Including compositions from his band members, Beka Gochiashvili, Mike Mitchel and Cameron Graves, the album swells with an abundance of strength, soul and astounding musicianship. Guest artists, rapper/beatboxer Doug E. Fresh, trumpeter Mark Isham and saxophonist Doug Webb as well as Steve Blum and vocalists Skeyler Kole and Trevor Wesley, also join Clarke on the new album. Propelled by the youthfulness of his bandmates, Clarke reaches even deeper into his bag of tricks with the incredibly satisfying The Message.

Stanley Clarke was barely out of his teens when he exploded into the jazz world in 1971. Fresh out of the Philadelphia Academy of Music, he arrived in New York City and immediately landed jobs with famous bandleaders such as Horace Silver, Art Blakey, Dexter Gordon, Joe Henderson, Pharaoh Saunders, Gil Evans and Stan Getz among others. As a young prodigy he was immediately recognized for his sense of lyricism and melody, which he had distilled from his bass heroes Charles Mingus, Scott LaFaro and others, as well as non-bass players like John Coltrane.

Clarke fired the bass “shot heard round the world” that started the ‘70s bass revolution and paved the way for all bassists/soloists/bandleaders to follow. In 1974, he released his eponymous Stanley Clarke album, which featured the hit single, “Lopsy Lu.” Two years later, he released School Days, an album whose title track is now a bona fide bass anthem. The song, “School Days,” has since become a must-learn for nearly every up-and-coming bassist, regardless of genre.

Leading the bass liberation movement, Clarke envisioned the bass as a viable, melodic solo instrument positioned at the front of the stage rather than in a background role and he was uniquely qualified to take it there. A pioneer at 25, he became the first jazz-fusion bassist in history to headline tours, sell out shows worldwide and craft albums that achieved gold status. He was also the first bassist in history to double on acoustic and electric bass with equal virtuosity, power and fire. In his ongoing efforts to push the bass to new limits, he invented two new instruments, the piccolo bass and the tenor bass. The piccolo bass is tuned one octave higher than the traditional electric bass. The tenor bass is tuned one fourth higher than standard. Both of these instruments have enabled Clarke to extend his melodic range to higher and more expressive registers.

One of Clarke’s musical visions became a reality in the early 1970’s when he met Chick Corea and eventually formed the seminal electric jazz/fusion band Return To Forever. RTF was a showcase for each of the quartet’s strong musical personalities, composing prowess and instrumental voices. In additions to their recent Grammy Award winning Forever CD, the band recorded eight albums, two of which were certified gold (Return To Forever and the classic Romantic Warrior). They also won a Grammy Award (No Mystery) and received numerous nominations while touring incessantly. In 2011 Clarke reunited with founding members, Chick Corea and Lenny White, for the highly anticipated and extremely successful Return To Forever 2-year, 90-city world tour.

Always in search of new challenges, Clarke turned his boundless creative energy to film and television scoring in the mid-1980s. He has become one of the elite in-demand composers in Hollywood. Starting on the small screen with an Emmy-nominated score for Pee Wee’s Playhouse, he transitioned to the silver screen and now has well over 65 film and television credits to his name. As composer, orchestrator, conductor and performer he has scored such blockbuster films as Boyz ‘N the Hood, What’s Love Got To Do With It?, The Transporter, Romeo Must Die,  Passenger 57, Poetic Justice, Best Man Holiday and The Five Heartbeats just to name a few. He even scored the Michael Jackson video Remember the Time, directed by John Singleton. Most recently he scored the 2016 box office hit, Barbershop: The Next Cut. Clarke has been nominated for three Emmys and won a BMI Award for Boyz ‘N the Hood. In 2014 he accepted an invitation to become a member of the exclusive Academy of Motion Picture Arts & Sciences.

“Film has given me the opportunity to write large orchestral scores and to compose music not normally associated with myself,” says Clarke. “It’s given me the chance to conduct orchestras and arrange music for various types of ensembles. It’s been a diverse experience for me musically, made me a more complete musician, and focused my skills completely.” His 1995 release, Stanley Clarke at the Movies, is a testament to this heightened level of musicianship.

Not one to rest on the laurels from his various pursuits as a composer, performer and recording artist of more than 40 albums and 60 film scores, the Fall of 2010 marked Clarke’s launch of his own record label, Roxboro Entertainment Group. This business venture includes music publishing for his own, and other musicians’ work, as well as the development of various projects aimed at music education. So far Roxboro Entertainment has released CDs from guitarist Lloyd Gregory, multi-instrumentalist Kennard Ramsey, keyboardist Sunnie Paxson, Ukrainian-born pianist, arranger and keyboardist Ruslan Sirota and young jazz piano prodigy Beka Gochiashvili from Tbilisi, Republic of Georgia. It will soon be releasing singer Natasha Agrama’s CD, The Heart of Infinite Change.

Clarke passionately believes in giving back to help young musicians hone their skills. He and his wife Sofia established The Stanley Clarke Foundation fourteen years ago as a charitable organization, which offers scholarships to talented young musicians each year. Clarke strongly feels that those who have had success in realizing their own vision have a duty to help others in their struggle to emerge. Early in 2007 Clarke released a DVD entitled Night School: An Evening with Stanley Clarke and Friends chronicling the third annual Stanley Clarke Scholarship Concert with proceeds going to the fund. The concert features diverse group of musicians that include Stevie Wonder, Wallace Roney, Bela Fleck, Sheila E., Stewart Copeland, Red Hot Chili Peppers’ Flea, Wayman Tisdale, Marcus Miller and so many more. The DVD has garnered outstanding reviews since it’s release.

Stanley Clarke, to this day, remains as passionate about music as that young teen prodigy from Philly with big dreams. Like the man himself, his biography is a continuous work in progress. Legend is a word that has been associated with Stanley since he was 25, yet he remains unpretentious, preferring simple pleasures in the peaceful canyons where he resides in Los Angeles.