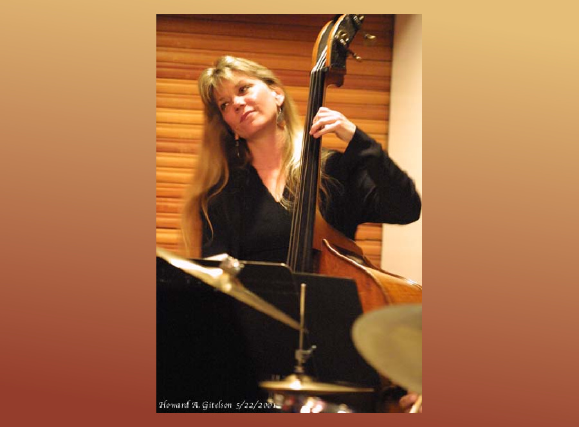 She toured the world for ten years with the late Charles Brown, performing at major jazz festivals and concerts and on radio and television broadcasts worldwide. Ruth continues to spend considerable time abroad. She has recorded and performed internationally with Maria Muldaur, Denise Jannah, Dmitri Matheny and European pianist/composer Amina Figarova. Lately she has "returned to the roots" and travels with Elvin Bishop's band.

Ruth believes in teaching and in bringing music to the public schools. She has been on the faculty at the Stanford Jazz Workshop for 17 years and has had a very successful "Ruth Davies Blues Night" series at the Stanford Jazz Festival. The San Francisco Symphony’s "Adventures in Music" program and the "Just Say Jazz" project deliver music education to the classroom. By any conservative estimate, Ruth has presented music programs to over two thousand school groups. That's a serious commitment.

"Music expresses that which cannot be said and on which it is impossible to be silent," said Victor Hugo. Perhaps that is the key to Ruth's musical life.

Performance Date
Performance Name
Performance Info
Performance tickets
Kellie Fuller & the Mike Greensill Trio celebrate Cool Yule 7:00 PM
Blue Note Napa
Buy Tickets
We use cookies on our website to give you the most relevant experience by remembering your preferences and repeat visits. By clicking “Accept”, you consent to the use of ALL the cookies.
Cookie settingsACCEPT
Privacy & Cookies Policy