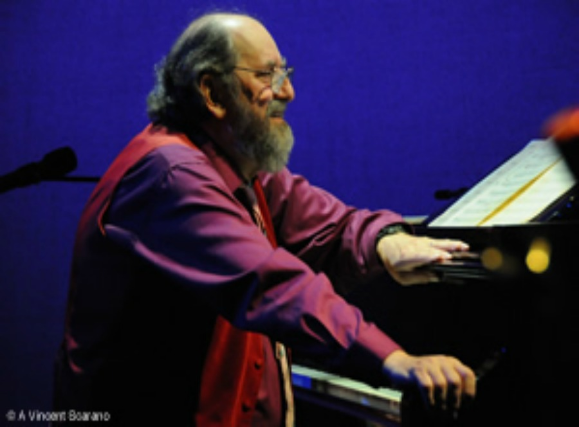 After graduating in 1972 from Leeds College of Music in England, Mike toured Europe and the Far East and lived in Hong Kong for 4 years before finally settling into his adopted home, San Francisco, in 1977.
Well known in his role as musical director to acclaimed vocalist Wesla Whitfield with whom he has recorded twenty albums, Mike is also resident piano player on Sedge Thomson's weekly Public Radio show to the world, "West Coast Live" - more info at wcl.org. As an arranger Mike, in addition to his work with Wesla, has had the opportunity to write for big bands and symphony orchestras including the Boston Pops and the San Francisco Symphony.
Mike has also had the pleasure of accompanying such diverse talents as Rita Moreno, Margaret Whiting, Broadway stars Lillias White and Franc D'Ambrosio and jazz singers Madeline Eastman, Ann Hampton Callaway and Opie Bellas.

"Greensill is an accompanist in the great tradition of Jimmy Rowles and Ellis Larkins.

It's worth twice the price of admission just to hear him!" - Terry Teachout - NY Daily News

Performance Date
Performance Name
Performance Info
Performance tickets
Kellie Fuller and the Mike Greensill Quartet: Night at the Dream Bowl: 1940s 7:00 PM
Blue Note Napa
Buy Tickets
We use cookies on our website to give you the most relevant experience by remembering your preferences and repeat visits. By clicking “Accept”, you consent to the use of ALL the cookies.
Cookie settingsACCEPT
Privacy & Cookies Policy