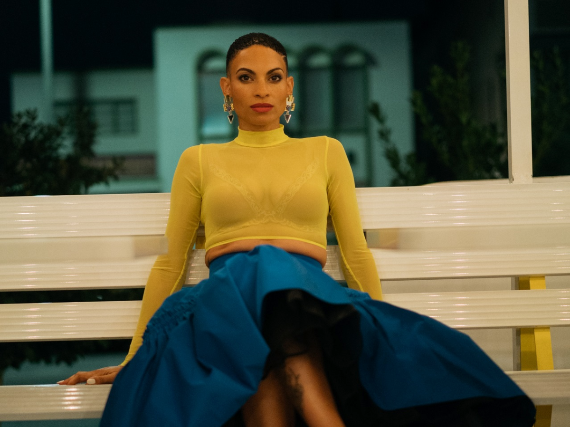 In one breath, Goapele is urging social change and boldly standing up for righteousness in the face of inequality. In the next, she’s guiding her child with a sensitive understanding, hard-earned wisdom, and unconditional love. In between, she’s as soulful as ever. This delicate sonic shape-shifting is a technique she introduced on her now classic 2001 debut Closer, but she honed it to perfection on Dreamseeker.

That diversity has defined the Oakland-born singer, songwriter, producer, actress, and designer since the start of her career in 2001. Her influence and impact can be felt throughout R&B, soul, and hip-hop. Even Closer yielded the iconic anthem “Closer.” To date, it’s impressively racked up over 8 million Spotify streams.

In between touring the world, she has released five albums and collaborated with a diverse array of heavy hitters such as Snoop Dogg, E-40, Eric Benét, Soulive, and Jeff Bhasker. A film and television mainstay, she’s landed high-profile syncs in Sparkle, Honey, 90210, and many more. The Washington Post fittingly described her as “soulful as always,” Huffington Post called her “a driving motivational force for many women,” and Essence claimed, “her voice is the stuff of dreams.”

Goapele has expanded her creative outlet into film, executive producing and starring in the art-noir, experimental short film #WhereIsBeauty. With social media playing a huge part in our lives, the film addresses society's obsession with selfies while following the journey of a woman challenging her followers to dig deeper in appreciating that true beauty exists within us.

Outside of music and entertainment, Goapele has aligned herself with community leaders to support the calling for social justice awareness. Working with Common and the Imagine Justice Organization, A New Way Of Life Foundation, and her continued work with the Agape Spiritual Center.

Within the past year Goapele has built out her lifestyle brand Dreamseeker. Collaborating with emerging designer Meyoucollective on an eco-friendly unisex limited-edition athleisure line, with a zero-waste philosophy. Goapele is currently recording her sixth album, slated to release later this year.